Feminisms in the Nordic Region

Ulrika Dahl, Professor of Gender Studies at the Centre for Gender Research, contributes in a new anthology that explores neoliberalism, nationalism and decolonial critique in the Nordic region. 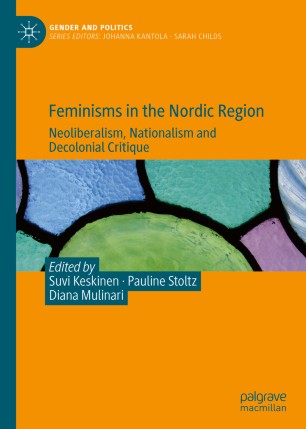 The anthology explores how feminist movements in the Nordic region challenge the increasing gender, race and class inequalities following the global economic crisis, neoliberal capitalism and austerity politics, and how they position themselves in the face of the rise of nationalism and right-wing populism.

The book contextualizes these recent events in the long histories of racial and colonial power relations embedded in Nordic societies and their gender equality and welfare state regimes. It examines the role of whiteness and racism and seeks to decolonize feminist knowledge and genealogies of feminist movements in the region.

Ulrika Dahl, Professor of Gender Studies and Director of the PhD programme at the Centre for Gender Research, contributes with “Nordic Academic Feminism and Whiteness as Epistemic Habit”.

More about Feminisms in the Nordic Region